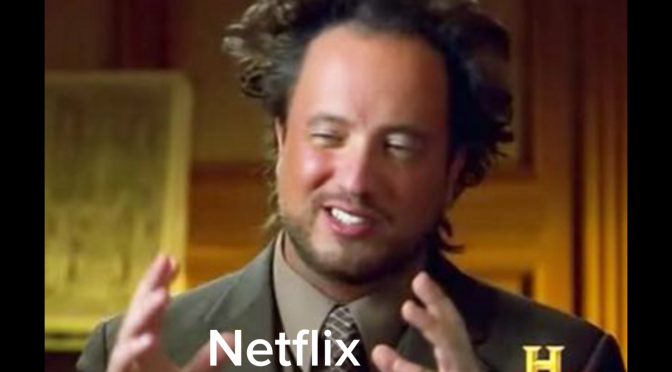 It may be already apparent to some, but I was not what you’d call a typical kid from the 90’s. I skipped the whole “slap bracelet” and wearing my pants backwards thing. While I did enjoy the ocassional game of Pogs or Pokemon, I was a tad outside the average. My favorite programs to watch were things like CatDog, Hey Arnold, Spongebob and all that, but what really peaked my interest from a young age was The History Channel.

A seemingly endless feed of factoids and adventure. Theoretical analysis of ancient artifacts to try to better understand the cultures they came from. It was endlessly facinating and I loved learning something new everyday, most of which I’ve been able to retain. I continued to watch well into my high school years, ocasionally being selective about the programs, but still yearning to learn as much as possible.

2010 came, and with it the dawn of a new era of the History Channel. With the gradual addition of shows that were more theory than actual history, it started to grow into more of a “History” channel than anything else. Among the cesspool of ridiculous programs about hunting ghosts, moonshine, sex and pop culture came a beast of an unprecidented level.
It’s called “Ancient Aliens”. The examination of historical and scientific “facts” under the microscope of those who believe in life outside of our solar system. I am not ignorant to the fact that the universe is huge beyond our imaginations, and that among the trillions of plantetary systems there are numerous places where life can thrive like it has on Earth. I have no doubt in my mind at this point that there is life out there.

Do I believe they have been here/are here/have influenced our culture in ways we aren’t being told/etc?

Why don’t I believe it?

Cause I watch Ancient Aliens.

It’s not that it’s a bad show, in fact it’s possibly the most consistantly entertaining thing I’ve ever seen. Nor is it because I think all thier “facts” are bogus, most of it is actually documented and backed up by scientists, theologins, and professionals.

The problem with it, along with most programs regarding the existence of Aliens, is that it’s all hypothetical and sometimes even makes you question whether the people they are filming are actually “with it”. For instance, when monumental feats of engineering are discussed such as the Pyramids, they individual speaking says something to the effect of “I can’t imagine them having the foresight or technology to do this sort of thing without help from an advanced civilizations” or to the effect of “they didn’t have this type of technology back then, to pull this thing off” etc.

It was an ancient civilization with basic tools, tons of man power and an UNPRECIDENTED AMOUNT OF TIME ON THEIR HANDS.

Anyway, all things aside my basic point is this: I absolutely love this show.

Whether or not you believe, Ancient Aliens is the best program on the subject you could possibly watch. While it seems fanatical at some points, they take into account ACTUAL science in the bulk of their programs. So even though you have to sit through some ridiculousness and over dramatised “re-enactments”, you’ll actually learn a thing or two.

100% Believable? Not in the slightest.

But if you’ve never seen it before….you may question your own beliefs after the first couple of episodes.